Frankie Thomas, 15, took her own life after reading about a character's suicide

By Stephen Wynn-davies For Mailonline

A school's failure to sufficiently monitor the internet activity of a 15-year-old autistic girl 'contributed' to her suicide, a coroner has concluded.

Frances-Rose Thomas, known as Frankie, took her own life in September 2018 at home in Witley in Surrey, after reading a story on a school iPad in which a character had died by suicide.

An inquest heard Frankie, a student of Stepping Stones school, in Hindhead, was allowed 'unfiltered' access to the device despite having a 'bespoke education plan' to avoid such a thing.

Coroner Karen Henderson today told Woking Coroner's Court she believed Frankie was influenced by the material she had accessed at the special school.

She told the inquest Frances-Rose Thomas had a 'number of underlying vulnerabilities', including 'significant childhood trauma, high-functioning autism and impulsivity'.

Following the inquest, Stepping Stones school said it was 'devastated' by Frankie's death, and said since the tragedy staff have been 'proactive in implementing new and highly robust e-safety measures to ensure the welfare and safety' of all pupils. 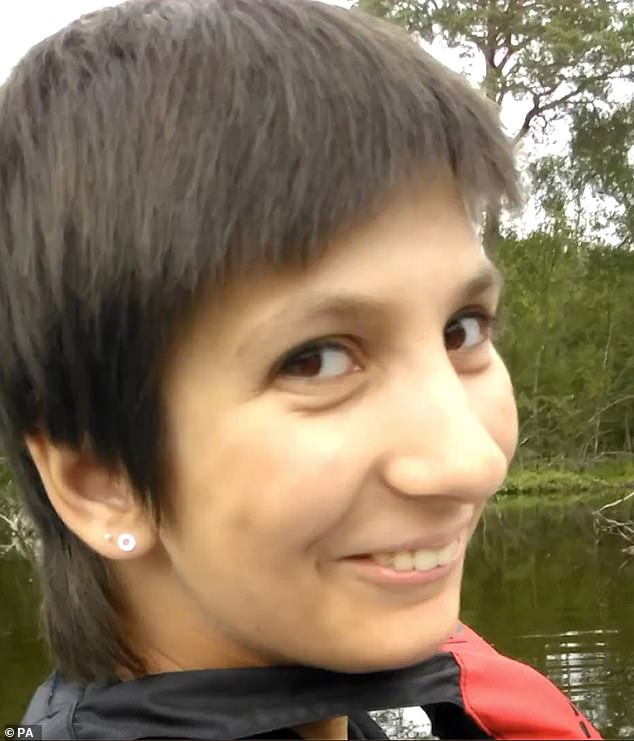 Frances-Rose Thomas, known as Frankie, took her own life after reading a story on a school iPad in which a character had died by suicide

She added: '(Frankie) died at 6.57pm on September 25 2018 at Royal Surrey County Hospital after being found unresponsive... at her home address at or around 5pm the same day, an hour after she was last known to be alive.

'On the day of her death, Frances had unrestricted access to the internet at school and in the absence of any effective e-security monitoring system and personal supervision, she sought out and read stories about members of her favourite band featuring suicidal acts.

'She left a note declaring an intention to end her life.'

She described Frankie as being 'naive' and said she was a teenager with 'complex needs'.

Ms Henderson said she was satisfied not monitoring Frankie's internet activity was an 'enormous and systemic failure on the part of the school'.

An investigation into her computer after her death found she had been able to access material relating to self-harm and suicide over a few months, the inquest heard.

Ms Henderson said: 'No one other than Frankie knew she had accessed these websites, the systems in place were inadequate.

Read The Corner by National Review